Google Hangouts is Google’s most popular messaging app. On mobile, Hangouts has seen over 1 billion downloads on Android and for desktop, it has enjoyed its privileged position as the main chat facility for Gmail’s 1.5 billion users. It has been around for over 13 years when it started its life as Google Talk. Google has now released details of how it will shut down Google Hangouts and move users to its new app: Hangouts Chat. 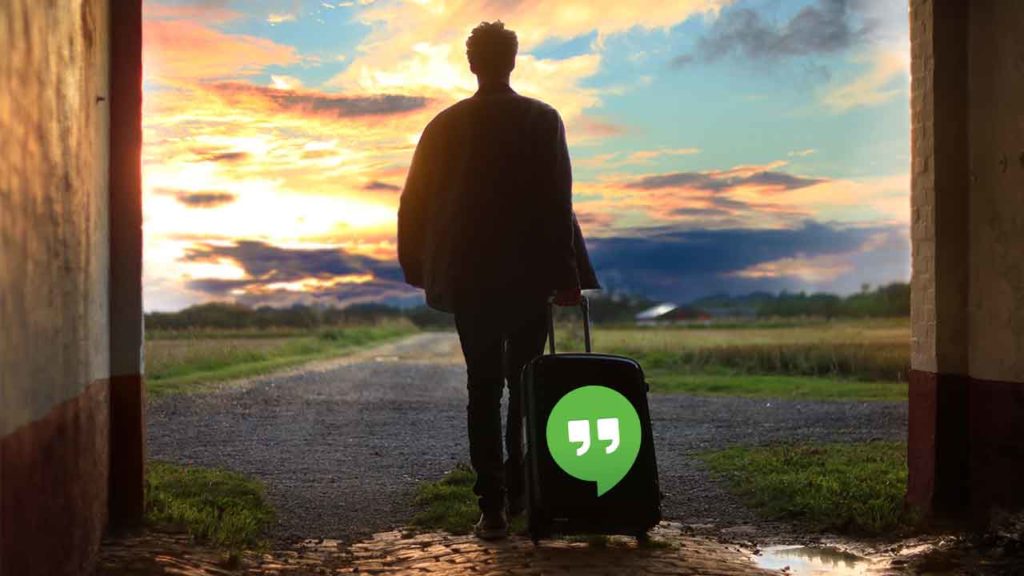 In a blog post announcing the Hangouts shutdown, Google described how it will be enterprise Gsuite customers who will be the first to see the app go. The post mentions a piece from 2017 in which Google talked about the next generation of Hangouts focusing on team communication and it seems that the new timetable shows how this move will be implemented.

According to the recent blog post from Google, these are the key dates to be aware of in the lead up to Hangouts retirement:

G Suite users will start to lose access to Hangouts in October with regular consumers being switched off sometime in 2020.

For those who like Hangouts, the good news is that from April, Google will begin work on migrating some of the key Hangouts features to Hangouts Chat. With Hangouts being Google’s most popular messaging app ever, it would be an own goal for the search giant to not include most, if not all, of the features Hangouts users have enjoyed in this migration.

The key thing to understand here is that essentially Hangouts is now three apps, but that the two newest apps mark different key features from the original Hangouts app. Hangouts Chat is the Slack-like app that will deal with messaging, while Hangouts Meet is a video-conferencing app. To avoid confusion around this issue, Google is now calling the original Hangouts app Hangouts Classic. Google HQ is now committed to taking the best of Hangout Classic’s features and moving them across to the two newer Hangout apps before decommissioning it.

The funny thing about all this is that Google is doing it to simplify its messaging app output. Google is currently carrying out plans that will remove Hangouts and Google Allo from its roster. Once they’re gone, that’ll leave Google with five messaging apps available, which is the same number of apps it had before it introduced Hangouts Chat and Hangouts Meet.

This new direction doesn’t appear to make too much sense and hinges on the successful migration of users from Hangouts Classic to Hangouts Chat and Hangouts Meet. Maybe all will become clear further down the line, but it is clear that the next few months will be crucial for Google’s messaging strategy.

There is a lot more to Google Assistant than you think